ExoticDirect is a specialist exotic pet insurance provider with over 20 years of experience. They offer insurance for large and small birds, as well as other exotic pets and were awarded the Feefo Gold Trusted Service Award 2020.

You can get an insurance quote here.

The World Parrot Trust is a registered charity. As an international leader in parrot conservation and welfare efforts, since 1989 we've aided more than 70 species in 43 countries, returning thousands of parrots to the wild and protecting millions more from the threat of extinction. 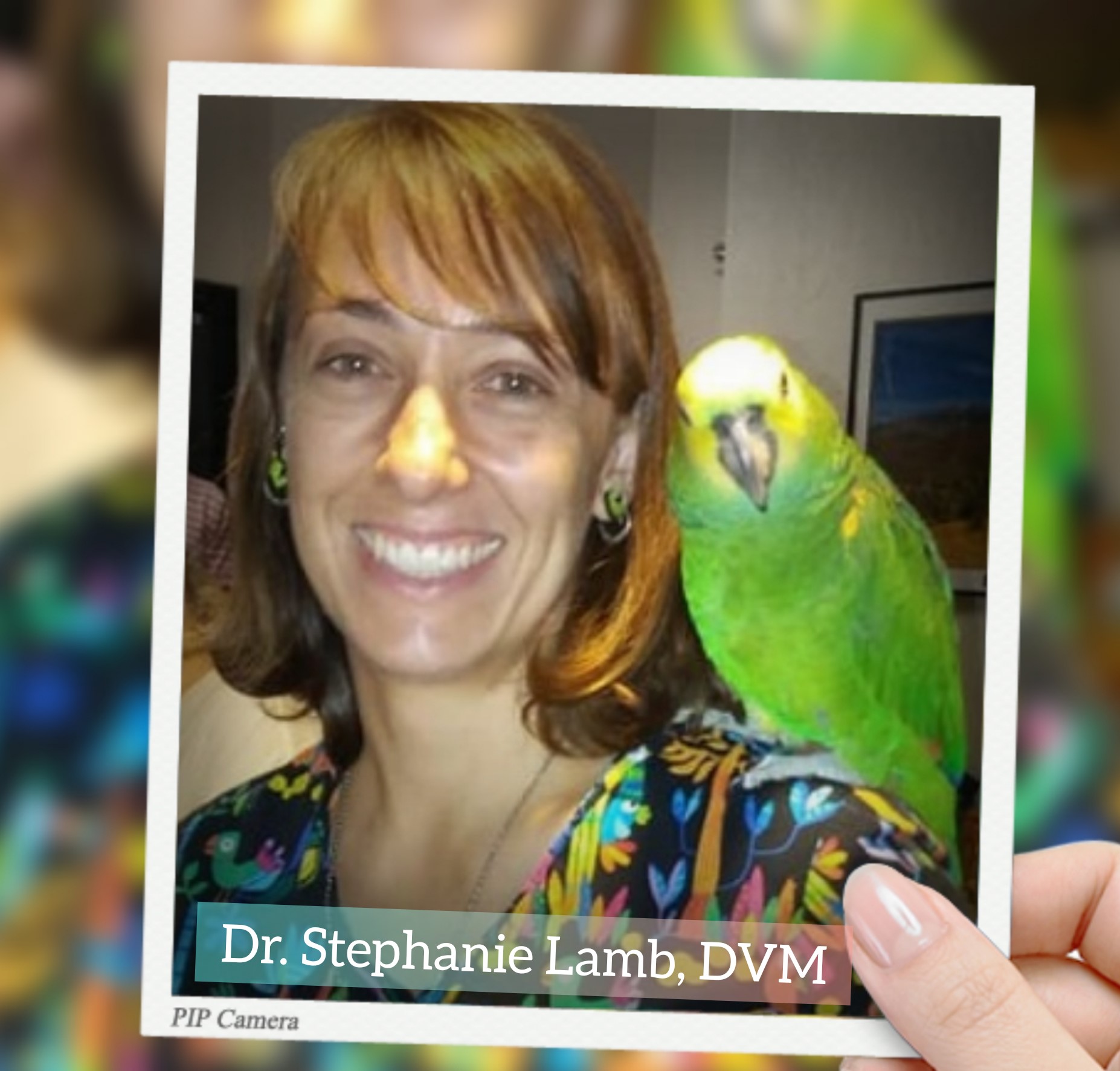 Dr. Lamb has always desired to provide good health, happiness and care    to all exotic pets. She grew up in Las   Vegas, NV. After graduating from   UNLV with a B.S. in Biology, she attended veterinary school at the   University of   Minnesota. After finishing veterinary school she   performed  a one year internship in avian and exotic   medicine followed   by a two year residency in avian medicine and surgery. Upon completion   of her residency, Dr.   Lamb  moved to southern California and practised   at an exotics exclusive animal hospital. During this time she   gained   extensive knowledge and became skilled in treating exotic mammals, birds, reptiles, amphibians, and   wildlife. During her career she has also worked with many humane societies, parrot and rabbit rescue groups,   wildlife centres and raptor rehabilitation facilities. She is always striving to learn more and is focused on contributing   to the advancement of knowledge of avian and exotic animal medicine by providing the highest quality veterinary   care possible. Her and her husband share their home with a dog, gecko, rabbit, and 7 birds. Dr. Lamb passed her   Avian Medicine boards in the fall of 2014 becoming one of 2 Board Certified Avian Medicine Specialists in Arizona.